(Some thought after read lots of manga and anime)

I don't get why people could get nosebleed from seeing some naked, nude, or sex pics.

I never experience that, no matter how excited I am... Do Japanese always like that? So much rushing to their head... unless maybe it's just me here..? 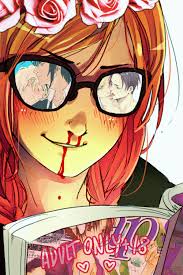 Honestly I’m saying that I’m real damn Fujoshi. I’m really into boys love story. And on top of that, the very hardcore ones. At first I don’t get it why there’re quite a lot manga in this genre. ‘Who would read such a thing?’That’s what I thought.

Until one day, somehow I got curious so I end up reading yaoi manga. I think the first I read was Sekaichi Hatsukoi manga. It’s unexpected that I got so hooked up. I found the story was sweet, funny, interesting, and makes me so excited. Although the mangaka’s artstyle is not very good, but I can’t help to reread them again and again, especially the bed scene. Oh my really..

Since then I always think that great BL must have great sex scene. I can’t contained if I don’t read them. And I’m addicted with some hardcore with raping scenes or S&M plays. Well, I didn’t know if i could be this twisted.

By the way, the things that I wanna talk here is about BL story titled Hidamaru ga Kikoeru.

The genre is Shounen Ai, Slice of Life, and Drama. It’s released on year 2000 and the author’s Fumino Yuki. The series is still ongoing from the online scanlations, but it’s worth to be looking forwarded.
The story starts with college student named Taichi, who comes from a not-so-well off household and is desperately searching for work. He (literally) stumbles across fellow student Kouhei, while on a job hunt, and is incredibly enticed by the delicious bento Kouhei has in hand. However something seems a bit off about Kouhei and when Taichi asks his friend about it, he get an answer he really wasn’t expecting: Kouhei is having a hearing disability.

One of the scene that makes me smiling by myself (^_^)

I really recommend this manga for you if u really like a sweets story.. Of course if u don’t mind with BL. There’s no sex scene (so far), just a kiss. But it’s so sweet that u might captivated. It’s kind of unexpected that maybe I’d like to try read some shounen ai. Some readers said that the two main characters were meant to be, and they’re both so sweet and innocent.  They made the readers also want to fall in love.  I can captured the pure and warm feelings of love. Hmm.. I was kind of smiling while reading them.

As you can see on the header..

the first manga I’ve ever read was Doraemon

Just like any other kids, I loved picture books, so it’d delighted me for having them 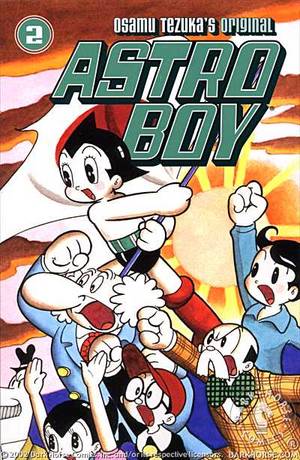 At first, I only read some kiddy kodomo mangas like Doraemon and Astro Boy

However, as time goes by, the range had gotten wide.

I was starting to read some fantasy manga with a light romance like Sailor Moon. I don’t remember exactly when, though. Maybe when I was around eleven. What I remember is the fact that I envied my big brother’s friend when I got to see her full color edition of Sailor Moon book. (lol)

Fyi, In my country, manga have their debuts in 1980’s. Although later they got swept away by some heroes on American comic. And yet, manga and anime as well, revived again in 1990’s along with some old mangas like Doraemon, Sailor Moon, Gundam, and Saint Seiya. Indeed, mangas are worth to be existed fe  because life without mangas are just boring.

Okay, back to the topic, as you already know, manga is simply different. They got a unique style. Like how?

As you already know, mangas’re published in monotone colors, black and white. Well, of course that monotone color is a fine art itself, right? Let’s take a look at the pics below…

Scene from Shingeki no Kyojin manga

Mangas give the freedom of to their authors/artists (a.k.a.mangaka) how to draw their story characters. While Comics have a very detailed characters, bold colors, and give off a ‘strong impact’ feeling on the scene pictures, the characters on manga generally relative simple. Usually their faces was drawn with such big eyes, small nose, small lips, and a bit distortion at the length of legs. But other than that, like the background, it was drawn very detailed, although there’s some who draw them with simplicity (even too much simple) as well.

In the sake of giving some spice of comedies, mangaka always put some exaggerate expression on their story characters. For example, spring breezes with sakura petal flowing when the main character was falling in love, or a lightning struck when they’re in shock, etc. they’re all hilarious.

But well, nowadays, even non-manga, other comics or animations have put some exaggerating ones as well. As you can see in Spongebob Squarepants.

Panels can be called as a ‘frames’. They can guide the readers how to understand the story plots. While other comics constantly arranged the story plot with only box panels, manga is more dynamic and flexible. Especially in genre romance that the panels don’t have to be rectangular but could be shaped based on mangaka’s style, or sometimes even the panels.could be discarded as well. Just like the pic below.

Mangas have a lot variety genres. They’re’s based on the content and reader’s age range. Comics other than manga also have them.. However, what I said unique here is how the japanese people named them. There are shoujo, shonen, harem, smut, josei, doujinshi, yaoi, yuri, etc. They’ re only exist in manga. Well, if there’s still folk who doesn’t know what does those genres mean, just googling them, okay?!

Just comment if u have any other idea, i’ll gladly consider them as additions on this post.

Of course, I’ll put ur name and ur link blog later..